A newly launched game that only started today but its history dates back several years.
Some of you may have been fans of the game Space Empires. It was largely popular years ago when it first came out in 1993. Such a game adopts concepts from popular games such as Mass Effect 2, StarCraft, Starfleet Commander etc. Basically, you build up a base then conquer the Facebook galaxy. 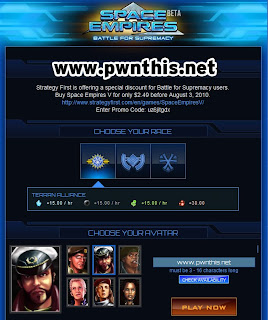 You will need to build colonies and military bases. Sadly, you can only place them on pre-allocated land plots unlike your normal typical real-time strategy games. As usual, you can only build the weaker buildings and slowly unlock high technology buildings. In an attempt to rein in the spirit of social games, Space Empires has a social element: Farming. Pretty much similar to Farmville and such games. You can have your own colony farm to plant crops.

You will need to explore and expand your galaxy as there are limited resources on your home planet. Therefore remember to send out your probes and spread your seed throughout the galaxy.

As it is a very new game, there are still some bugs that makes playing difficult. I do expect them to get these bugs fixed soon though. Till then, I expect a lot more from Space Empires.  Click to play Space Empires  [play now] 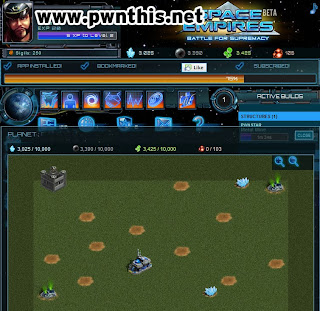